Mid Florida Materials began in 1984 as a 120 acre borrow pit in northwest Orange County. The site was permanently permitted as a Construction and Demolition Debris landfill in the early 1990s. An additional 100 acres was acquired and permitted as a borrow pit and included in our landfill permit in 1999. In 2003, we began recycling activities such as the grinding of land clearing into mulch and continued expanding these activities to our current levels through the ensuing years.

In 2010, we began the rigorous process of permitting the site as a Class III recycling and disposal facility with the State Department of Environmental Protection (DEP) and Orange County Environmental Protection Department (EPD). We were granted Class III approval in January of 2015. Also in 2015 we expanded the business to include roll-off disposal containers, front loaded disposal containers and portable toilets.  We provide four different sizes of roll off dumpsters – 10, 20, 30, or 40 yard dumpsters to fit jobs both large and small.

In August 2017,  Mid Florida Materials acquired Mt. Dora Recycle and Disposal Facility located at 3300 SR 46, Mt. Dora. The site consist of 139 acres and was developed as a citrus grove in 1969, it later became a Landfill in 2001. With the future 429 exit less than a mile from the entrance, this will allow customers better access from the Orange County markets. We will offer the same recycling activates at the site as we do at the Plymouth location.

We feel that by recycling, we are contributing to saving the Earth’s resources for future generations.

At Mid-Florida Materials, we pride ourselves on being customer friendly, environmentally friendly, and in being good neighbors. We are always looking for ways to improve efficiency while maintaining our high-level of compliance in our recycling efforts at our landfill.  We feel that by recycling, we are contributing to saving the Earth’s resources for future generations. 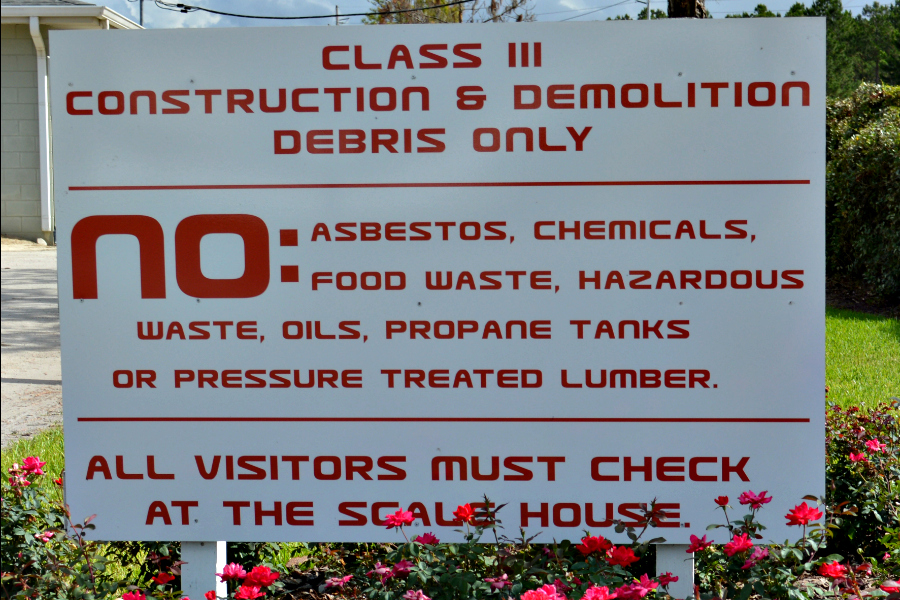